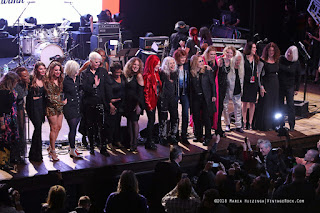 Dedicated to celebrating women working in the music industry, the sixth annual She Rocks Awards was held on Friday, January 26, at the House of Blues in Anaheim during the 2018 NAMM Show.  Presented and produced by the Women’s International Music Network (WIMN), Pat Benatar, Melissa Etheridge, the B-52s and Exene Cervenka of X were among those honored.

WIMN founder and awards co-host Laura B. Whitmore talked about the organization’s ongoing mission. “I feel like we are finally being heard,” she told the audience. “From the beginning, the She Rocks Awards has focused on bringing women together to share, to empower and to enlighten. We must continue to build on the progress we have made. As we advocate, educate and inspire women in the music industry, we seek to bring women together to create a larger voice.” 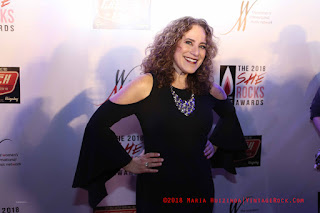 Whitmore and co-host and KROQ Los Angeles DJ Kat Corbett headed up the presentations to a wide array of female musicians and music industry movers and shakers. Unfortunately, Grammy Award winner Pat Benatar was ill and did not attend, so she wasn’t there to receive her Legend Award.

Melissa Etheridge, who received the Icon Award, said in her acceptance speech: “What a cool thing, She Rocks. People are asking a lot of questions about women these days. They come up and say, ‘Did you guys ever have any trouble in rock and roll?' There wasn’t enough of us to have trouble.” 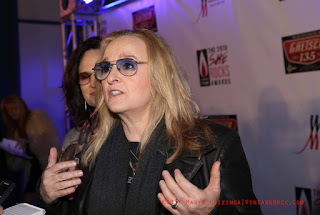 At one point, she recalled visiting radio stations with her record rep in the 80s and hearing programmers say, "Sorry, but we’re already playing a woman." She added, "Even though it has been next to impossible being a woman in the music business, we have succeeded and we have infiltrated every aspect of the music industry. We play the guitars and we rock; we play the drums and we rock; we work at the record companies and we rock; we discover the artists and we rock. We are a force to be reckoned with!”

The B-52s’ Kate Pierson and Cindy Wilson accepted the Vanguard Award, while Exene Cervenka, co-lead singer/songwriter of legendary punk band X, received the Dreaming Out Loud Award. Also receiving well-deserved recognition via the Inspire Award was female band Fanny, one of the first notable female rock groups to to release an album on a major label (in 1970). their fans included the late David Bowie. Now known as Fanny Walked the Earth — with an eponymous new album coming in March. 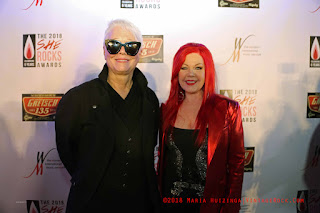 She Rocks also honored females working in other facets of the music industry. including instruments, audio equipment, studio management, merchandising and media. Among this circle was Karla Redding-Andrews. The daughter of soul legend Otis Redding and executive director for the Otis Redding Foundation was saluted with the Champion Award for the foundation’s philanthropic endeavors, including music education. The evening ended with a rousing performance of Redding’s “Respect," featuring the honorees and presenters backed by the evening’s female house band, Rock Sugah.

More photos and video interviews can be found at VintageRock.com. 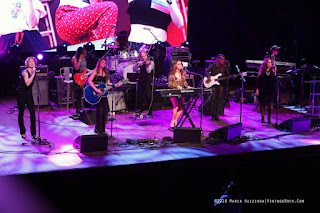