Band vs. Brand, a documentary that examines the current state of the music business and how "the brand" of a rock group has more power than the band members, is coming to DVD and digital on February 12th.

The feature-length documentary film was directed by Bob Nalbandian (who director of the Inside Metal series), focuses on the current state of the music business and on how "the brand" of a rock group these days has more power than the band members themselves.

The film will makes its world premiere on Wednesday, January 23rd at the Marriott Delta Garden Grove just prior to the the annual The Hall of Heavy Metal History

Tickets for the awards gala are $30 each with the movie premiere open to the general public, free of charge.  For advance tickets or information, visit The Hall of Heavy Metal History on the Awards at thehallofheavymetalhistory.org 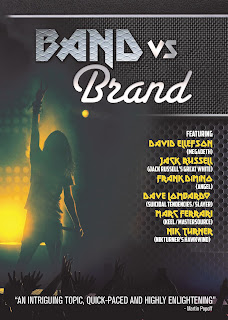